This has been my goal for all post-secondary institutions in Canada for 15 years. Can we make it happen? Cheryl
\\\\\\\

All students at the University of Barcelona will have to take a mandatory course on the climate crisis after the establishment agreed to meet the demands of activists conducting a sit-in occupation. 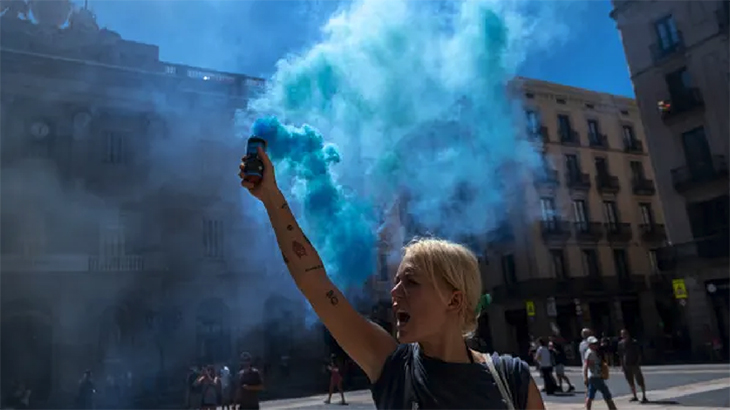 In a move thought to be a world first, all 14,000 undergraduate and postgraduate students will have to take the course from the 2024 academic year. It will also devise a training programme on climate issues for its 6,000 academic staff.

The announcement came after a seven-day occupation by a group from the anti-fossil fuel organization End Fossil Barcelona.

“To recognise that we all have to study this marks a change in the paradigm of university education,” said Federico Demaria, an economics professor at the university and one of 200 who backed the students’ demands.

“The trigger was the student occupation but it shows a general cultural change. Ten or 15 years ago the university would have sent in the police. But now you can’t kick them out because you know they’re right and society supports them.”

Complete text on The Guardian =>