When ICLEI and our partners in the Federal City of Bonn and the German government began formulating a way to build on the 10-year legacy of the Resilient Cities Congress series, we were conceiving an event that could speak to, and serve, the decade before us – humanity’s best chance of preserving a livable future for its inhabitants. The report on our first virtual gathering – Daring Cities 2020 – is now available for download. 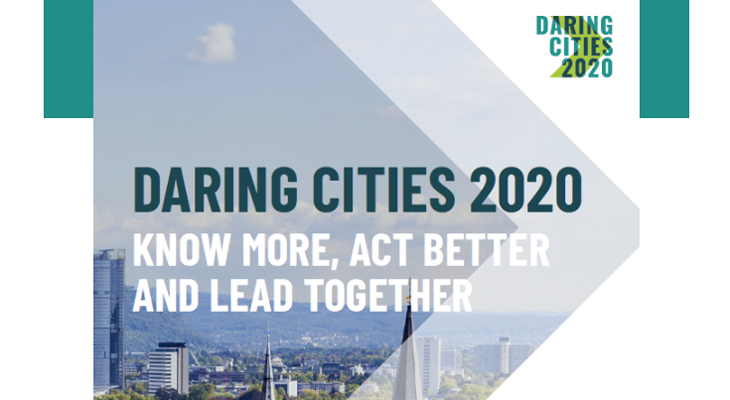 Without the ability to travel, Daring Cities successfully reimagined how we connect, shifting from in-person to a virtual platform (and from days to weeks of sessions), ultimately providing the year’s most accessible space for dialogue. It was also ICLEI’s most inclusive event yet, with sessions delivered in eight languages that engaged 4,600+ participants in 150+ countries.

Over 850 local and regional governments attended the event, getting access to 98 sessions with speakers such as the United Nations Secretary General and leaders from eight UN agencies, as well as hundreds of city leaders from across the world.

Overall, we saw three distinct outcomes of Daring Cities. To read about them, download the full report.
///////

ICLEI Local Governments for Sustainability
Sustainable urban development is the key to a more sustainable world.