The cost of preventing further pandemics over the next decade by protecting wildlife and forests would equate to just 2% of the estimated financial damage caused by Covid-19, according to a new analysis. 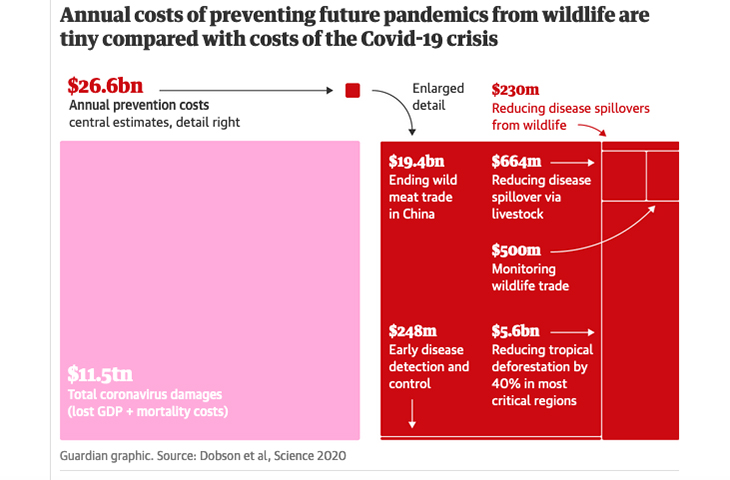 Two new viruses a year had spilled from their wildlife hosts into humans over the last century, the researchers said, with the growing destruction of nature meaning the risk today is higher than ever.

It was vital to crack down on the international wildlife trade and the razing of forests, they said. Both bring wildlife into contact with people and their livestock. But such efforts are currently severely underfunded, according to the experts.

Read full article in The Guardian