These Canadian species are found nowhere else on Earth

Researchers catalogue more than 200 that only Canada can save from extinction.

What species are more Canadian than moose or beavers? We now have an answer. A new report has catalogued 308 species, sub-species and varieties of plants and animals found in Canada — and nowhere else on the planet. 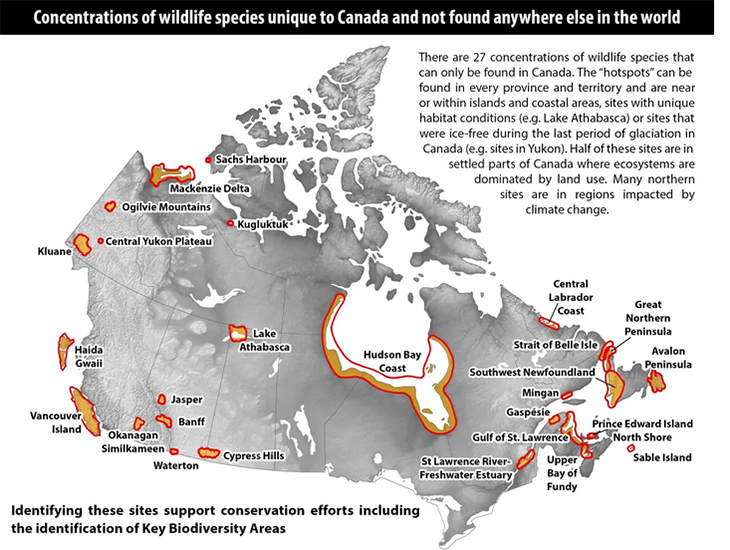 They include mammals such as the eastern wolf, Vancouver Island marmot, wood bison and Peary caribou; birds such as the Pacific Steller’s jay; and fish such as the Banff longnose dace, Atlantic whitefish and Vancouver lamprey.

But 80 per cent of them are plants and insects — ones you probably haven’t heard of, like the Maritime ringlet butterfly and the Yukon goldenweed.

“Really, I mean, these are the most Canadian species because they are uniquely Canadian — they only live here,” said Dan Kraus, senior conservation biologist with the Nature Conservancy of Canada and a lead author of the report on endemic species released Thursday.

Most have small ranges and populations, making them vulnerable to extinction. Only 10 per cent are considered “globally secure.”