There is a winning campaign theme that progressives can use against Trump, and it isn’t “Medicare for all.”

I don’t know who sold progressive Democrats on the idea that the way to beat Donald Trump is to abolish the private health insurance of 160 million Americans and offer instead “Medicare for all” (and Mexico will pay for it), but it’s a political loser and an easy target for Trump to feast on. A much better campaign theme is hiding in plain sight. I call it “the Earth Race.” 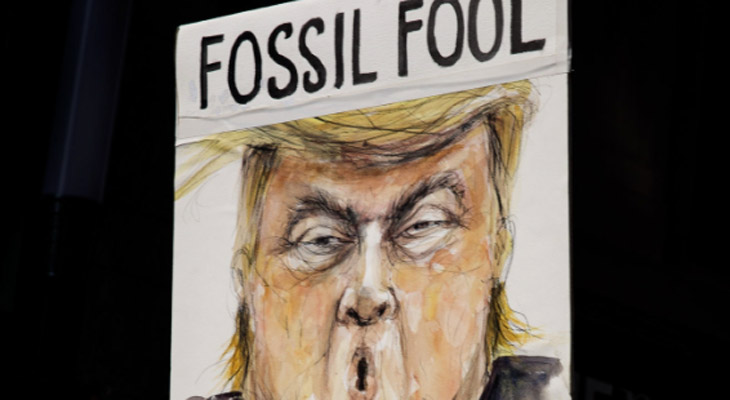 In the 1960s, John F. Kennedy energized the country behind a “space race”: to make America the first nation to put a man on the moon. Democrats need to run against Trump on the Earth Race: to make America the leader in all policies and technologies that help men and women everywhere live sustainably here on Earth?

Yes, I know, mitigating climate change and saving the environment never poll well. But times change, and it depends how you frame the issue. Mother Nature is forcing herself onto the ballot, and Trump’s efforts to roll back more than 80 rules and standardsprotecting clean air, water, climate, parks and wilderness make him uniquely vulnerable. He can’t pivot away from what he’s doing. He owns it, and it’s villainous. This time is different.

In this era when so much activism is online, when was the last time you saw a bottom-up, mass movement of young people in America and across the world — some four million in all — take to the streets on every continent as they did last week to demand action to stop the heating of our planet? These young people are telling us, and their voting parents, that this issue is a political winner — theirs is a movement in search of courageous political leaders.

Much more information in the article by Thomas L. Friedman